Census records as a genealogical source 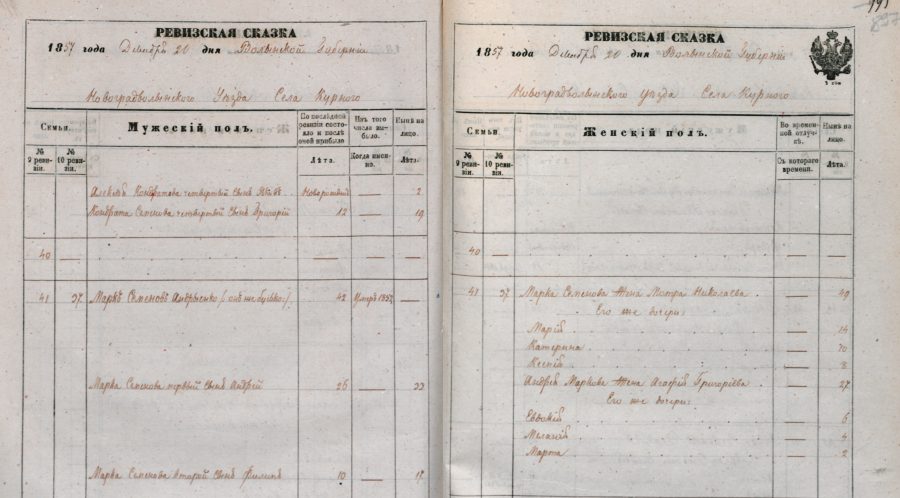 Sometimes we are faced with a problem when the available parish registers are worked through, but digging deeper into the generations has stalled due to a lack of documents. An important type of genealogical sources for the Ukrainian territory of the first half of the 19th century is the census records, documents that were kept for the purpose of taxation.

Among the aforementioned revisions, the fourth revision of 1782 was the first on the Left Bank area, because Hetmanshchyna existed on this territory until then, and the norms of Russian legislation did not apply to it. Slobozhanshchyna was also “caught” by earlier revisions.

The census records provided information about the members of each family that was subject to taxation, in particular their name and age. Men were recorded on one page, women on another.