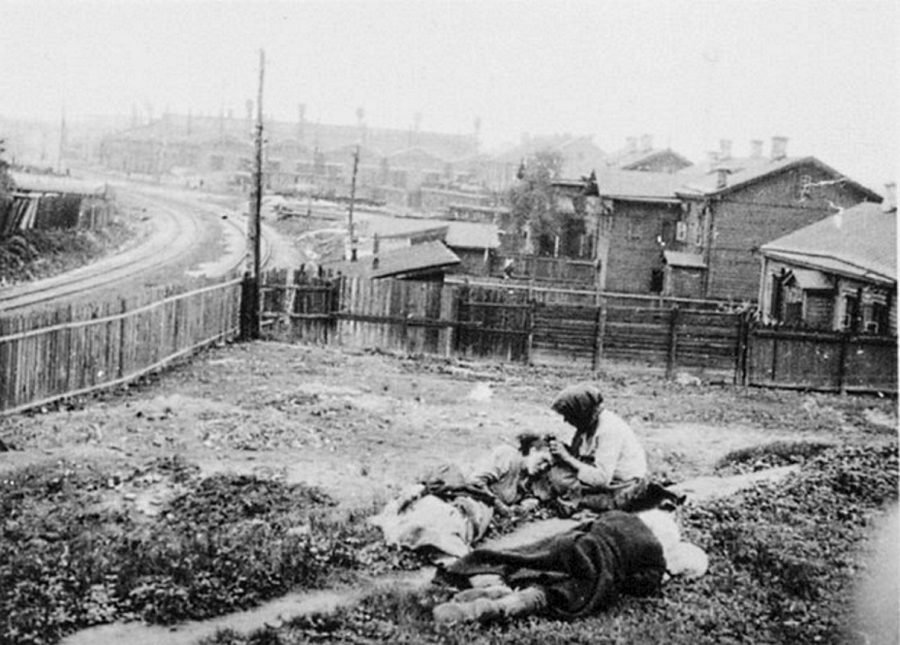 The Holodomor is one of the key disasters for the Ukrainian population in the 20th century. Below, we will attempt to present several ways to search for data on persons who died of starvation in 1932-1933. It should be noted at once that representatives of the Soviet authorities did not state the true reason for the death on the death record. Documents from the Holodomor period are replete with records of heart attacks and similar diagnoses. Death by starvation can be indicated by such entries under “cause of death” column: emaciation, dystrophy, weakness, etc.

Of course, the Soviet government never kept official statistics on the victims of the Holodomor, because the fact of the man-made famine was not recognized at the state level. Large-scale work is underway in Ukraine to systematize data on deceased people.

In particular, the National Book of Memory of the Victims of the Holodomor of 1932-1933 series which included 19 books was published:

Seven of today’s regions of Ukraine are not represented in the series, because as of the early 1930s they were outside of the USSR:

Accordingly, there was no famine in this territory. On the basis of the above-mentioned series, the Unified Register of Holodomor victims was created, where you can add data about your deceased ancestors.

Extended data can also be found in the civil registry records of deaths in 1932-1933, which are stored in the regional archives and archives of the city of Kyiv. Since these sources are from before the war, their preservation is often fragmentary, as a large array of documents was lost during the war. In some places, if the register book with the records of death has not been preserved, the archive may have an alphabetical book in the register book, where the full names of the deceased persons and their dates of death are entered.