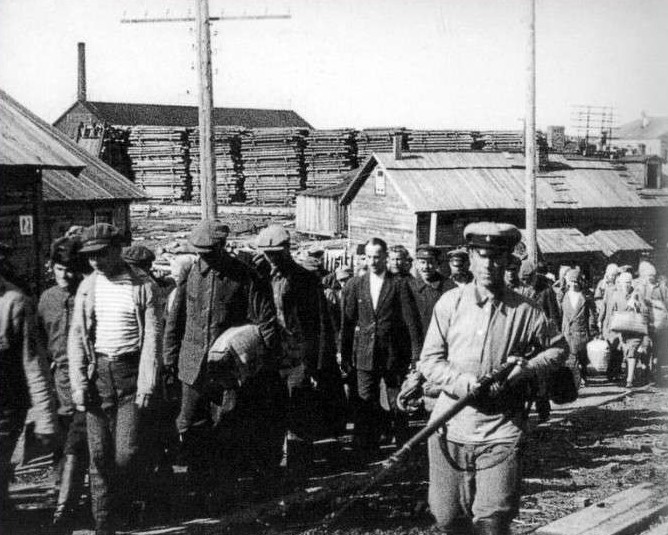 The repressive policy of the Soviet authorities is an acknowledged fact, which is repeatedly confirmed by scientific research and recollections of the victims. Many families whose ancestors lived in the former USSR republics have memories of reprisals against any of their relatives. This short note will present an algorithm for finding data on a repressed relative by the example of Ukraine.

First of all, it should be remembered that the fact of reprisals against a person can manifest in several types of punishment, the main of which were:

That is, the fact of repression did not always mean that the person was killed.

In the Soviet Union, convicts were generally divided into two categories – criminal and political prisoners. Victims of repression belong mostly to the second group – they were accused of working for the intelligence services of other countries (Japan, England, etc.), espionage, anti-Soviet agitation, etc. The main mass of repressions in the USSR occurred in the 1930s-1940s. Some of the repressed people were rehabilitated after 1956, but the rehabilitation did not cover everyone.

If we talk about the search for a criminal case file of a repressed person, we should start from the region where he/she was arrested and where the investigation was conducted. The search for documents should begin with an appeal to the Branch State Archive of the Security Service of Ukraine (SSU), whose employees will help to coordinate the search, informing the storage location of the documents, if they passed through the archival depositories of the Security Service of Ukraine. For example, if a person was arrested and convicted in Ternopil’, his/her investigative case file is likely to be stored in the SSU Office in the Ternopil’ region, as the Branch Archive of the Security Service will report. Also, some of the case files on the rehabilitated persons are deposited into the regional archives according to the modern administrative division, so it is worth to send requests to such institutions as:

If you are talking about Kyiv and the Kyiv region, you can also check the availability of the necessary case file at the Central State Archives of Public Organizations of Ukraine (CSAPO of Ukraine), which keeps some of the cases of rehabilitated victims of Soviet repressions. In individual cases, the Security Service Archive can advise to contact the Branch State Archive of the Ministry of Internal Affairs (BSA MIA) of Ukraine and the Main Information and Analytical Center of the Ministry of Internal Affairs of the Russian Federation.

If the repressed person served time in a camp, you can search for a camp case file or camp card, which stores basic information about the convicts (name, date and place of birth, charge and term of imprisonment, transfer of the prisoner within the Gulag system). To find a camp card, in most cases you should contact the Russian government agencies, since most of the camps were located on the territory of Russia:

We are offering the following services: