How did our ancestors marry? (Part II) 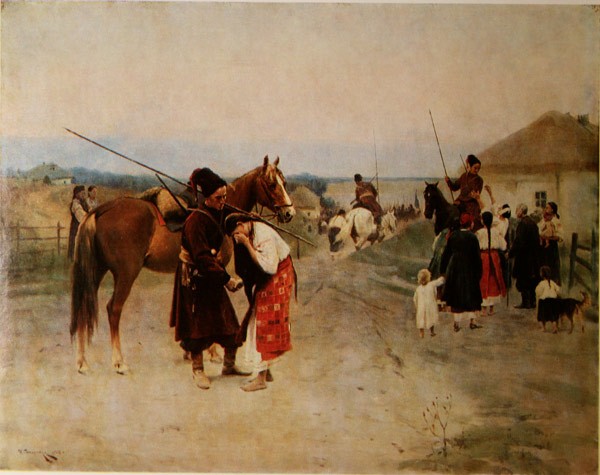 Marriage unions between members of different strata of society were not considered typical. The marriages of representatives of the nobility with other categories of population had a special specific character. In particular:

Another important aspect is the confessional difference between the marrying couple. Until the time of Peter the Great, the Russian Orthodox Church did not allow Orthodox Christians to marry non-Orthodox persons. Since 1721, marriages between Orthodox Christians and representatives of other religions were permitted, but on the condition that children born in this union must be baptized in Orthodoxy.

It is a well-known fact that in pre-Soviet times, the premarital relationships were strongly condemned, since during the existence of the Russian Empire, there was no such thing as an actual marriage – an unregistered cohabitation of a couple. In addition to the social condemnation to which women were particularly exposed, the issue of children born to an unmarried mother was also acute. In the metric record of the birth of such a child, it was written “bastard”, only the mother was written in the column “parents”, the patronymic was not given to the child or it could be given on behalf of the godfather or some other relative.

As for divorces in Orthodoxy, they were a very rare phenomenon in the Russian Empire territory. There was no possibility of divorce because the spouses were unhappy in their marriage or could not find common ground. There were several officially recognized reasons for the divorce:

The marriage laws of Judaism were much freer in this sense. This emphasizes the fact that Jewish metric books had a separate category of divorce records, although such records are always few.

Marriage policy changed dramatically after the advent of the Soviet Union in 1922. In the mid-1920s, a new code of laws regulating family and marriage relations was approved. With the advent of the Bolsheviks in Ukraine, the practice of marriages involving obligatory church wedding ceremonies began to disappear gradually. Also the actual (without registration) and civil (registered in the registry office) marriages were leveled at the state level. However, already in the 1930s, the legislation changed, as the problem of determining paternity and supporting children born in unregistered relationships became more acute.